On that misty evening, she asked me to pen down regarding myself! While writing besides the warmth of fiery firewood, I got stuck by its unusual ending; all I wanted to say to her was not about myself, it’s all about herself.

It's not about who hurt you and broke you down; It's about who was always there and made you smile again. #anonymous

He dreamt of a fairy-tale

Bits of paper flew away

“There is no greater agony than bearing an untold story inside you.” - Maya Angelou

Whenever I read a book, I invariably have a feeling to finish it at the earliest as possible. But most of the times, my bid to rob the contents written by someone in his book, through his thoughts, would end up only after days or months since I embarked on taking it. Only when it fares to “The Other Side Of The Bed“ written by Bhavya Kaushik, I still don’t know whether I’ve completed reading it in just 2 and half hours because of the little connection I’ve with this new Indian author. No… Never… I admit the fact that I’ve done it in a short yoke of time (for me), in the meanwhile I wasn’t acknowledged by the flow of time while reading this simple work. This isn’t an emphasis to state that the source of this story- Bhavya Kaushik have done such a bang-up job via his officially published 1st book; the tender stream of words together with a predictable novel plot is what really mattered here. I hadn’t ever been through a writing class similar to this one from any other Indian author than Preeti Shenoy yet.

That moment when I started reading The Other Side Of The Bed!

“The Other Side Of Bed” written by Bhavya Kaushik engages with an average-romantic-tragical thread which might not constitute a perfect reading experience for many of the readers, I’m one among them; the vibes of a different-hysterical story is the backbone of a novel. If a writer can act with the words and mixing them in the right portion, not more or less, in a normal story plot, and so the probability of creating a magic on certain pages of paper definitely deserves him. I shall call him not a writer, but an M-writer. As I ceased reading the 1st few pages of the book, my mind lingers for more to find out what he’s conveyed in his story telling process using the M-factor.

“Thirty days have passed since I saw her for the last time, but neither did thirty seconds could have passed when I didn’t think of her”

The novel reveals the life of Nakul, Tamanna and Devayani who faced a little harsh and sadistic event during the serial bomb attacks happened in the urban center where they were dwelling, their later life and the changes they brought back to the life after the catastrophe. The first half brings the stories of these 3 characters pinned together with their love story, emotions and the relationship, however the other half deals with their empowerment to act against the grounds they’ve confronted in their biography.

1. A better beginning for a young Indian author in the field of writing.

2. The magical flow of the words he’s used in his novel for the manifestation of his thoughts in a lifelike way.

3. The perfect expression of certain personal experiences can be understood in the novel’s plot.

1. An average story plot which is predictable and the story slightly drags during the middle portions.

2. The repetition of same dialogues, regarding the 2 major events, in many sections of the conversation between the characters compelled me to give out 2-3 pages.

3. Even though a twist was expected by the end, the climax part of the novel hadn’t given me ANYTHING special.

If you’re willing to follow an aspiring Indian author who portrays his poignant thoughts through the marvelous language of expression in his debutante novel, and hence I strongly recommend “The Other Side Of The Bed” to you. Have a wonderful read.

Sometimes, I forget the intentions to be accomplished in my life, the things I’ve to be done before that day. They constantly address it as a sacred moment- a couple seconds which helps to interpret the other face in me- a hooked path yet to be unknotted…..

50 word stories? They ain't so easy to write as we think! *winks* 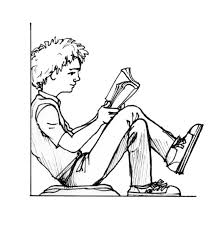 And now, the suspense is at

The dawn of a snowy day.

“If one cannot enjoy reading a book over and over again, there is no use in reading it at all.” - Oscar Wilde

I don’t know why… I really don’t know why and how she has trespassed into my heart, that day. Why…? Oh my gosh! Look at her, DUDE!! She is not only sexy, but… But.. ehhh.. Charming and….. And…. Goddamn angelic outlook she has…. I know… I know I’m…. My mood swings…. Um… When she enters our S3 105 classroom. I always feel like she is the one who has been created for….I can’t lay my eyes off her… She is indeed my angel… Huff… How would I tell her, Man! Hmm… Maybe I should ask her doubts, after all she is my Mathematics teacher!
PS: This is a 100 word story which I’ve written together with Jensy George- my blogging buddy girl from Mangalore, India. If you haven’t ever been to her wonderful blog consists of poetries and short stories, check it out here.

Falling in love with teachers is a quite normal thing. 😛