Dad shout for a clue.

Social statuses are currently under the control of social networks. #weird #world

Error in the connection

I hate her new DP.

Turn ON the discussions,

Of course! For me, reading a book ‘costs’ 161 pages was really a tameless job in a single turn. If you are also a boy/gal who ain’t having a crush towards the above mentioned ‘habit’, I have got something to tell ya here. Being a part of your community, the ‘‘ has happened ‘again*‘ in a perfect cum mysterious way. “I did that inequity in just around 3 and half hours for the very first time!” You might consider this as a lame telling by a lazy crook who haven’t shown any interest in reading. I don’t care even if ya felt this as a lame though, cause it doesn’t matter here. Bleeee..!
Then what actually does matter here, uh? Is this guy simply kidding you? Even I’m also confused about it. Well, leave it! I wanna tell you what was the origin of this update. I wish it would be definitely a boring task to read about, but if you can spend just 3 minutes for knowing about this piffle factor, do it. I really mean it! Do it, Folks. 😀 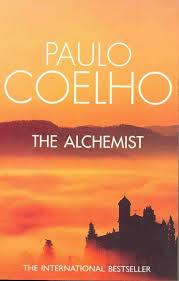 “I was unfamiliar about this great man till last Friday night, but I already knew his name through a variety of books pressed by a number of street book sellers in Kochi. It was on the same last Friday’s night, I got a copy of ‘The Alchemist‘ written by this bravo old man in his 80’s. What attracted me in ‘The Alchemist’ at first was its font style used in the cover page and International Best Seller tag given under author’s name I guess. For me, the ‘magic’ actually started from here. Right from the beginning itself, ‘Author’s Note’, has put a keen interest in me for reading a book by this world renowned author. It’s still unknown to me whether that interest came from those special mentions includes in the note about HarperCollins or former US president Bill Clinton or Julia Roberts about this bestseller which has been translated into 61 languages and sold more than 30 million copies worldwide till the year of 2010 (The copy which I’m having in hand is the same year’s version). Whatever it is, I stopped by there with this author’s note and continued reading part one of ‘The Alchemist’ from Sunday morning onwards. My mind started mingling with the main character, a shepherd boy in this story, his apparent practices for achieving his target, actions and reactions against the obstacles he has faced during the journey and most importantly the ‘queries and thoughts’ came from Paulo via Santiago in every part till I read; which includes,
“What is the world’s largest lie?”
“When someone makes a decision, he is really diving into a strong current that will carry him to places he had never dreamed of when he first made the decision”…!
Well, I’m considering all these segments as some pickle threads which is a must for readers who have been spending their ‘valuable’ time in reading a book which contains 156 pages as the story part! 2 hours passed and I felt a bit shy for continuously reading a book like a nerd, which is, indeed a wrong word for me to follow on. But that was really an unbelievable fact for me, that I have completed reading the 1st 103 pages of a rated book in a single turn? The reason behind this very strange incident is still hidden (especially in my case) and it is under ‘investigation**’. Hope I could definitely work on it and find the mystery behind it by tonight itself.”
If this Paulo Coelho is a very new person or author to ya too, get a copy of ‘The Alchemist’ soon. Do check out about this bravo man’s bio as well (You’ll be surprised in knowing about him!).
PS: Special hugs and thanks to ‘someone’ who has gifted me this worth stuff! You will be getting something really interesting soon! 😀 ;)” 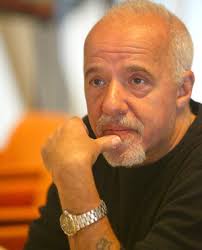 Above mentioned ‘lames’ was the description given by me in Paulo Coelho‘s pica which I had set as my DP recently in Facebook. Now let’s come to the ‘investigative results’ which I found out in a distinct manner today. The procedure has started at around 2 pm on today afternoon. I was in need of a doze, but still I managed some way to continue reading it. 104,105,106,….,111,…..118,..,’121′! Yeah, that’s the right page. ‘121’, pakka sure about it! I completed this page and went out suddenly to wash my face and thus feel free from a sleepy mood. *INTERMISSION* *INTERMISSION*. Completed reading the remaining pages in less than 35 minutes*!

Current condition: Bit shy about myself in updating a status of this kind about Paulo Coelho and his illusory story which I have read. It isn’t because of a feeling that, “I ‘must’ have to share that I have achieved a small notable goal (for me) by reading a book, its completion, create a long update like this and ‘make’ you know or feel embarrassed when you have a look at it.

PSS**: Get a copy of this book before ‘THE ALCHEMIST : THE MOVIE‘ which will hit the theatres all around the world in 2014! I really mean it. This will definitely give you something ‘new’! Feel free to think that, “This was a short ‘lame’ post written by a young fellow being who has personally experienced the magic of reality while holding a contented book to his heart.”

again*– Preeti Shenoy‘s Life Is What You Make It was the first story book which has put a short impact on me!
investigation**– Read ‘PSS**‘
35 minutes***– Negotiable one with 5 minutes in addition!

This was a status updated by me on Facebook during the last day eve! Thought of sharing it with here too, so that it will be really helpful for ‘someone’ who is still unknown about a brilliant writer like Paulo. Have a good day ahead, Folks. Cheers.\m/ 🙂