As you all know, I was dealing with a short movie project for the past few months and it finally got finished by the 1st week of this February. Well, while talking about “Obtrusive Hopes” in short, it is romance and mystery oriented movie. Actually, the thread behind this flick came to mind from that title itself. Better if I say, “Obtrusive Hopes” was one among the poetry which I had written from my little insights few months back in this blogging space. It was really a great memorable experience for me through this project and I learnt almost every corner of the difficulty while taking a movie. See that, what I’m mentioning here is all about the short movie of just 5 minutes duration! Perhaps, it would be much easier for us to complete the task if the locations we had selected were in indoor areas rather than outdoors. But what actually matters here is all about the rage EXPERIENCES I had in doing a very new stuff. I did really enjoy every part of the shooting schedules loads my 8 dear friends who were included in the crew list. The support and encouragement they showed on the location sites were exactly classy ones. Now, it’s time for us to party hard. 😀 😛 We are trying our level best to release it officially in YouTube and other popular media’s by the mid of March, 2013 so that promotion part and all can be done in a perfect way. Right now, I have only this much to share about. Have a good day ahead, Folks. God bless. Cheers.\m/ 🙂

PS: Here is the official Facebook page of our movie! Keep in touch with “Obtrusive Hopes” for her upcoming updates! 🙂 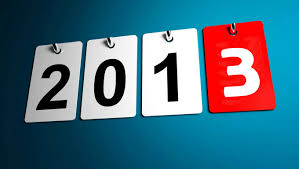 An apprehensive year of gestures has passed

I’m not a spiritless fellow with relieved dreams

When the hasty cinder burned me alive

I escaped from it through unsuited ways

But the dignity as an honor of immortality

Finally, the year in which I suffered at most is going to end.  I wish that the New Year coming ahead will keep me alive to chase the congruent yens I had missed during this year. Thank you so much for considering my little ‘Insights‘ in your daily reads. I’m so much glad to own a glittering space like this over here. Happy New Year to you all, Folks. May all your dreams come through via this year. Have a good time there. God bless. Cheers.\m/ 🙂

As you all know, we’re almost behind the birth of an innovative year of expectations and hopes! May be, this year 2012 in which you’re IN now wouldn’t give satisfaction and promotion up to a limit which you have expected. You may have this year as memorable one with auspicious events or worst one ever. For me, this year wasn’t an amicable one filled with tangible stately incidents. But I must have to agree with the fact that, it was during this year my blog related works had started. Yeah! The birth of ‘Insight’ was in May, 2012 and it directly paved the paths for his owner to own such a great ecstatic writing space which was an unknown area for him before. I’m really blessed with this year in that arena. It was all because of this year, I’m still ON here. 😀 🙂

For me, 2013 can be considered as an year without any hopes or wishes. Not only for this year! I didn’t take any decisions regarding what to do or dreamt of simply and inaccurately for a spontaneous CHANGE before a New Year birth yet. I’m not a guy who is focusing on his near FUTURE coming ahead and lose his PRESENT via which he is living now. But there is ONE goal for this coming year which I would like to do as a special note. I’m glad to share it with you all as well. It’s not so an elaborated one though. 😛

“As a son, I will definitely spend much time with my family as far as I could during this 2013”

Now here comes the chance for you! Do you have any such specific goals to attain in this 2013? Feel free to share with this writer’s space. 🙂

Tributes to each and every player from the overweening continents around this world!\m/ 🙂 May the almighty’s blessings and showers with you especially during these days. 🙂 🙂

I was supposed to hear about this special day in the morning, while watching  TV at hospital. Since I was not well( suffering from high degree fever and head ache), it blared around my ears similar to a distortion. I thought about the relevance of this day at that instant in my mind. Actually, The World Environmental Day related programs was conducted in a much better way at school rather than at my college I guess. This was a day, we(both teachers and students) fermented some blast outs in the near by areas through rallies, seminar sessions, awareness classes and all during school days. Since I’m living in an Industrial area, that includes well known factories in India itself like FACT, HMT and TCC, which all are the pioneering chemicals and pollutants makers over here. Usually, I have a habit of walking in the early mornings. It’s a strange fact that in most of the days, I’ll be welcoming by “SMOKY“( appears as mist or fog) and “AMMONIA EJECTION” gases paths on the way. In addition to this, most of the lakes and rivers in “God’s own County” including Periyar, Bharathapuzha etc…etc.. are under EXTINCTION. I was really amazed to see one among the most popular river source in Kerala recently. It’s beyond ENDANGERED and ABERRATION now! This is not at all a haphazard ill treat from environment towards us to care, but it’s all because of the hell-bent insatiable HUMAN BEINGS way of approach against the nature as well as near future beings!

This is one among the drastic news I read recently! Due to global warming and associated climate change, the sea level would rise between ONE AND TWO METERS by the beginning of next century in Kochi, India! An expert study, prepared by more than 220 scientists belonging to over 120 institutions, claims that India’s coast is VULNERABLE, KERALA’s coast especially so! But for the same sea level conditions, 169 sq km and 599 square km will be inundated in the coastal region surrounding Kochi. Because of Kochi’s peculiar topography, with a network of tidal creeks, backwaters and lakes stretching inland from the coast, CAUSES CONSIDERABLE INCREASE IN TOTAL AREA OF INUNDATION. It is estimated that sea level rise by 3.5 to 34.6 inches between 1990 and 2100 would result in saline coastal groundwater, endangering wet lands and inundating valuable land and coastal communities. This report is all about the future and it’s a truth that, Why I should care about it? Isn’t it? As a common man nearly for more than 60 years, that I’ll be alive on this world. Which means the above mentioned issue won’t affect me anyway. Let me tell you 1 fact! It’s all about the existence of my near future beings. As an ancestor, I MUST TAKE CARE of them too no? It’s quite natural way of following as we did the same from pre-cursor’s no?

Now, this is all about 2012’s predates about World Environmental Day!

In this significant year for the environment and sustainable development, the world leaders will once again meet at the United Nations Conference on Sustainable Development 20 years after the historic Earth Summit in Rio de Janeiro, 1992. Dubbed Rio+20, one of the main themes of this Summit is ‘a green economy in the context of sustainable development and poverty eradication’. Embodying this concept, the World Environment Day logo reflects the Green Economy through several elements that are included in the image. These elements reflect some of the ten sectors of economy identified as ideal for investment in the Green Economy in a UNEP report – Towards a Green Economy: Pathways to Sustainable Development and Poverty Eradication.

Looking at the image from left to right, the ten sectors are renewable (represented by the solar panel and windmill), agriculture, buildings, transport, cities, forests and the others not symbolically represented but by no means any less important – waste, industries, tourism and fisheries.The World Environment Day logo also captures the spirit of celebration and human involvement. The pink dot is a head of person with arms raised and legs that flow into a ribbon.

The ribbon itself forms an abstract letter ‘W’ (for World) that changes colour from pink through blue into a green that represents a green economy. The person’s position in the ribbon is where the colour incidentally transitions into green, signifying that people – you – are central to a functional green economy and thus it must include you. The light green part of the ribbon curves into a slight horizon of the earth. The ribbon therefore emulates the integration of the three pillars of sustainable development (social, environment and economy) through its smooth flow from the human element (pink head), into the environment (earth) and supporting the economy (green economy sectors). The vibrant colours and use of a ribbon hopefully transmit the celebratory spirit we hope that all World Environment Day participants will radiate. This year must therefore be about spreading the word of the importance of the Green Economy and how it includes you. Celebrating World Environment Day is about the inspirational power of individual action that, collectively, is multiplied into an exponential force that can effect positive change.

I, Rahul Ashok, hereby declare in-front of the whole world through this pledge that,

“I will do my part to save the air we breathe and the water we drink by fighting global climate change.”